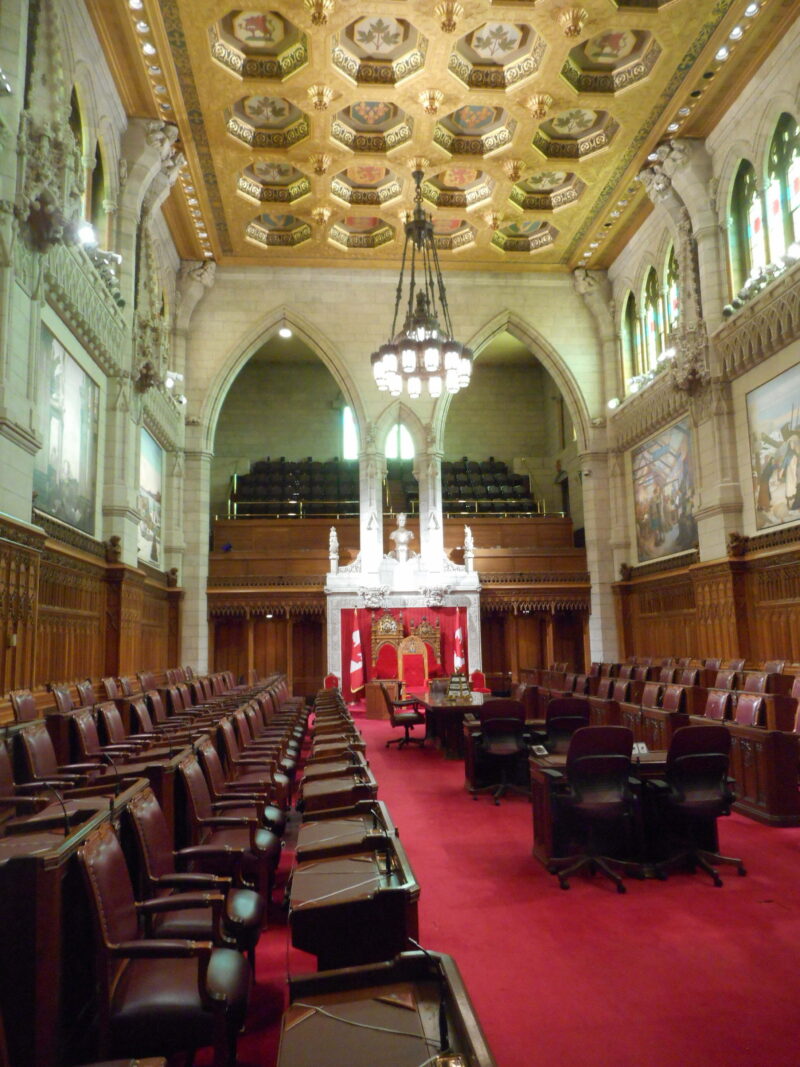 Canada’s 105 senators are women and men of accomplishment and experience. They are business people and scientists, judges and teachers, athletes, community leaders and senior civil servants who use their expertise to guide Parliament so that it acts in the best interests of Canadians.

Senators come from diverse ethnic, socio-economic and cultural backgrounds; they use the wisdom gleaned from their own experience to give all Canadians a strong voice in Parliament.

Free to speak their minds, to act on their principles and to defend the interests of their constituents, senators play an essential role in Canada’s parliamentary democracy.

They scrutinize bills passed in the House of Commons and they propose their own laws. Four key responsibilities underpin this crucial role: senators legislate, represent, investigate and deliberate.

Legislate
In addition to proposing their own bills, senators review legislation passed by the House of Commons. Senators have often caught mistakes in House legislation, fixing those errors before they become law and Canadians suffer the consequences.

Represent
The Senate was originally created to ensure a balance in Parliament among Canada’s varied regional interests. Senators also use their position to give a powerful voice to underrepresented groups including women, people with disabilities, Indigenous peoples, and visible and linguistic minorities.

Investigate
Senators investigate issues of importance to Canadians. Senate committees are especially highly regarded for their tenacity and diligence. For example, a comprehensive study on mental health helped bring mental illness out of the shadows, while an examination of digital currency showed how senators anticipate the issues of tomorrow.

Deliberate
After investigating and gathering evidence, senators draw on their diverse experiences to consider the best course of action. Through the Senate website (sencanada.ca) Canadians can listen in to the passionate debates that take place in the Senate. Transcripts of debates are also posted online.

Thank you for your feedback.